Prof. dr. Jaap VAN DEN HERIK is Professor of Computer Science at Tilburg University, Tilburg, The Netherlands and Professor of Law and Computer Science at the Faculty of Law of the Universiteit Leiden, Leiden, The Netherlands. As Scientific Director of TiCC (Tilburg center for Creative Computing) he was able to attract many talented researchers. He was supervisor of 61 Ph.D. researchers. His research interests are: computer games, serious games, adaptive agents, neural networks, information retrieval, e-Humanities, Intelligent Crowd Sourcing, and intelligent systems for law applications. He is editor of the Computer and Games LNCS series and the Advances in Computer Games in the LNCS series. Van den Herik is member of many steering and advisory boards. Furthermore he is member of the Royal Holland Society of Sciences and Humanities and fellow of the European Coordinating Committee for AI (ECCAI).

Prof. dr. Enrico GIOVANNINI is from April 2013 Minister of Labour and Social Affairs in Italy. He was President of Istat since August 4th, 2009. He is President of the Statistical Advisory Board for the Human Development Report of the United Nations, Member of the Partnership Group of the European Statistical Committee and Chairman of the Board of the World Bank International Project for the measurement of purchasing power parity. From January 2001 to July 2009, he was Chief Statistician and Director of the Statistics Directorate of the Organization for Economic Cooperation and Development (OECD) in Paris. He has authored numerous publications and has been a member of important national and international committees, such as the Stiglitz-Sen-Fitoussi Committee, established by the French President Nikolas Sarkozy. He has also been President of the Global Council of the World Economic Forum on the “Evaluation of Societal Progress”. For his work on the measurement of social welfare, in 2010, he was awarded the Gold Medal of the President of the Republic by the Pio Manzù International Centre and became a member of the Club of Rome. He is full professor of statistical economics at University of Rome “Tor Vergata”.

Prof. dr. Peter van HOESEL graduated in 1970 in organizational psychology and research methodology. In the first half of the seventies he was assistent professor in Research Methods at the University of Leyden. From 1976 until 2011 he was manager of several Dutch policy research institutes. Since 2002 he is parttime professor in Public Administration at the Erasmus University of Rotterdam. His dissertation in 1985 was devoted to methods of programming policy research. He published 5 books on policy research en policy development. His list of publications counts about 200 titles. He took part in many international, national and regional policy studies, amongst others in the following areas: labour market, working conditions, education, youth, small business, innovation, science. He was policy advisor for some departments of the European Committee, for nearly all ministries of the Dutch government, for several regional and local authorities in the Netherlands, and for several Dutch trade organisations.

Dr. Pieter EVERAERS is Director Cooperation in the European Statistical System, International cooperation, resources and before 2012 Director External Cooperation, Communication and Key Indicators at DG Eurostat, the statistical office of the European Communities. He is responsible for the outreach on EU statistical information, for the technical cooperation of Eurostat with European and non European Third Countries and the cooperation with International Institutions. Before April 2009, he held the position of Director of Agricultural and Environment statistics; statistical cooperation and until 2006 the position of Director of External Relations Statistics and, for a short period, Director of Business Statistics. His main specialism’s’ are research and survey methodology and conceptual frameworks in statistics. He joined Eurostat in May 2004, closing a 20 years career at Statistics Netherlands (CBS). His last position (2000-2004) at Statistics Netherlands was Director of Social and Spatial Statistics. He has a PhD in Spatial Sciences at the University of Utrecht and is originally trained in Human Geography and Mathematical Sociology.

Prof. Dr. Paolo ROBERTI is Professor at Università di Macerata. He was Head Economic Research ISTAT, coordinator of the Council of Economic Advisers of the Italian Treasury; Commission on Public Spending; Prof. of Public economics, Un. of Roma, Parma and Ancona; OECD and the World Bank; Centre for Studies in Social Policy; Member of the Commission of Inquiry into Poverty, EU, UN and OECD expert and consultant; Project Manager for the World Bank and the CNR. Main fields of work: income distrib., poverty, social pol., tax pol., public expenditure and public debt; micro mulations Publications include: Poverty and Redistributive Policy in Italy,1998;Financial Markets and capital Income Taxation in a Global Economy,N-Holland,1998; Impact of cost containment policy on Pharmaceuticals on Familes and Industry,1998; Tax Harmonies and Disharmonies:Harmonization by Itself is Not Enough,1988;Public Policy and Public Debt,1992; Studies in European Economic Integration and Policy Harmonization, 1994; Fiscal Problems and the Single Market,MacMillan;1994; Belarus: Poverty and Prospects for Improved Living Standards, World Bank,1996.

Prof. Dr. Paolo GARONNA was Director General of ANIA from 2009 until september 2012. Before 2009 he was Executive Secretary of the Economic Commission for Europe of the United Nations (UNECE) in Geneva. He has held this position, which corresponds to the level of Deputy Secretary-General of the United Nations from November 2001 to March 2002 and from August 2005 to February 2006. He joined the UN in 1999, from 2001 to 2003 and from 2006 to 2008 he was Deputy Executive Secretary of the UNECE. Professor of Economics at the LUISS Guido Carli University in Rome since 2003 (on leave), he directed the Center for Studies of Confindustria, of which he was Chief Economist from 2003 to 2005. He was also Vice-Chairman of the ECOFIN UNICE, the European employers’ organizations based in Brussels. From 1986 to 2003 he was Professor of Applied Economics at the Faculty of Statistical Sciences, University of Padua. From 1992 to 1999 he was Director General of the National Institute of Statistics (ISTAT). Before that, from 1989 to 1992 was Vice-Directorate General of the Organisation for Economic Co-operation and Development (OECD) in Paris for the sector Labour, Social Affairs and Education. 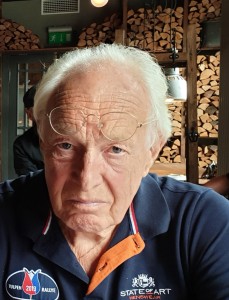 Dr. Ir. HANS STOL is the director of the Transparency Challenge Foundation. He is also consultant in ICT, Business Administration and Policy Making, research associate at the University of Tilburg (Netherlands), and active in various political and advisory boards. He graduated in 1976 as master in applied mathematics at the University of Delft. From 1981 to 1986 he was Managing Director of Orga-Info Nederland, an Organisation & Information consultancy company. In this period he designed IS architectures for Ministries, Provinces, Municipalities, and for industrial and financial institutions. He founded in 1987 a consultancy company: Stol Consultancy. For Statistics Netherlands (CBS) he performed various assignments, from project leader of the introduction of the e-questionnaire on lap tops in the Labour Force Survey (1986) to the design of the information architecture (1986-1991) and the development of the organisation of the IT function (1991-1995). From 1990 to 1994 he was head of the ICT department of the CBS, during this period he was responsible for the reorganisation of the IT function. From 1995 to 1997 he was interim information manager at the Technical University of Delft, with the assignment to redesign the Management Information Systems Architecture. As from 1998, he performed O&I and IT audits in various organisations. In 2000, following international experiences in electronic data capture, he founded SuperCollect b.v.. This company developed and exploited software systems for electronic data capture via Internet. He contributed to various international projects in the area of electronic data capture, policy impact analysis and the development of Monitoring and Evaluation Systems. On February 20, 2009 he obtained his PhD degree at the University of Tilburg in the Netherlands. His dissertation explains the use of a framework to improve the transparency in the public policy making process. He delivered lectures at Universities in the Netherlands as well as in international conferences on Statistics, Policymaking and Informationtechnology. Next to his professional carrier, he is involved in research, publishing, and education in Information Science, transparency in policy making, and electronic data capture.